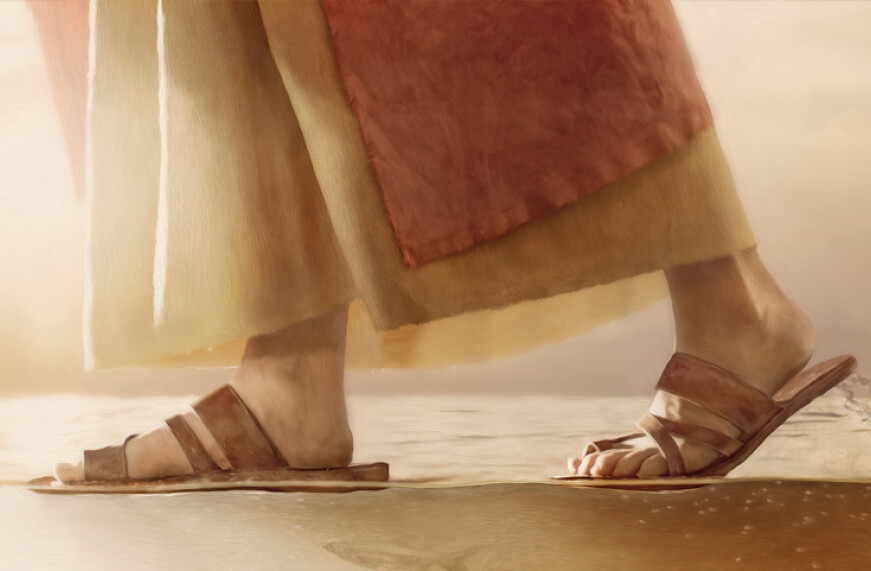 Life is hard.  There is no way around this truth.  As long as we walk on this earth, we will deal with heartache, suffering, catastrophe, death, sickness, and countless other struggles.  Many people use this truth as a reason to reject God.  They reason, “How could a loving God allow such pain?”  If most of us were honest, we would have to admit to wondering the same thing.

In Isaiah 43:11, God makes a bold statement about Himself…”Apart from Me there is no savior.”  God is the only savior.  He is not “a savior,” He is the Savior.  Many Christians know God as our Savior from sin, but what about as our Savior from the hardships of life?  Do we look to Him as our Savior from suffering?  From death and sickness?  From disaster and evil?

Many will rhetorically ask the question, “Why does God allow bad things to happen?”  But here in Isaiah 43:11 God has told us something important about Himself.  He wants us to know that He is our only hope.  He is the only One who can save.  And without hardship, would we really know Him as Savior on this side of heaven?  God wants us to experience Him as Savior now.  He does not want us to wait until heaven.

He is our comfort, our joy, our hope, and our glory – because He is the only Savior.  This does not mean that He will always save us from hardship; but it does mean that He will walk with us through it.  Do you know Him as your Savior?  Choose today to allow trials, struggles or hardships to bring you to your knees at the feet of this glorious Savior.

Father, I praise You because You are the only Savior.  You save me from my sins, and from the effects of sin.  No matter what happens, I have hope in You.  Help me to remember this in times of trouble.  Help me to share this truth with others who need You.  In Jesus’ Name, Amen. 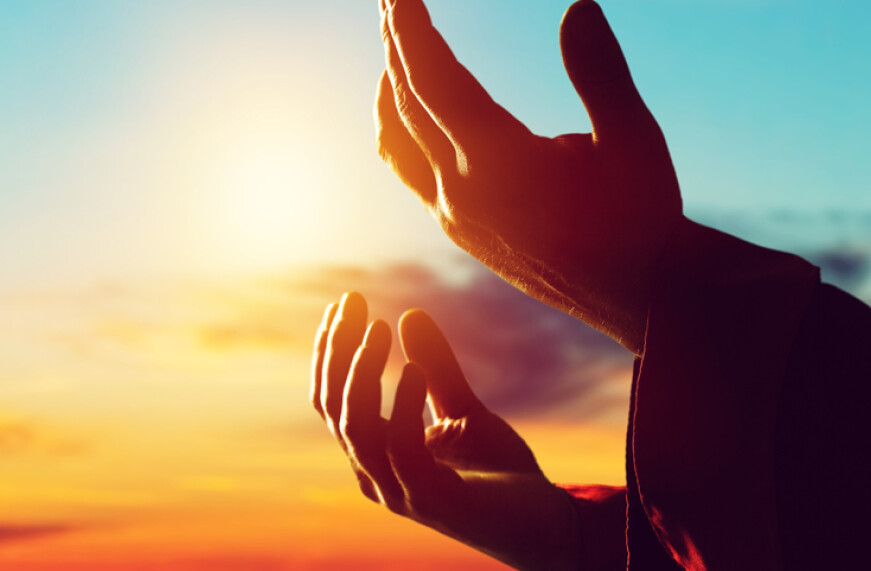 When we look upon the carpenter from Nazareth we discover God in totality, the Almighty, the One true Creator.  Christ is the first person to appear in creation and He is preeminent in all of it.  All things visible and invisible were created by Him, through Him, to Him and for Him.  He is the originator as well as the goal. Christ existed before time as the eternal Son.  He is above time, outside time…He is the beginning, and was before the beginning.  Space and time are His servants.

The entire universe is held together in Him.  He is the cohesive force, the glue, and the gravitational pull that holds all created elements together.  Remove Christ, and the entire universe disintegrates.  Christ is the meaning of creation – eliminate Him and the universe has no purpose.  Remove Him and every living thing loses its meaning.  The One who created the universe watched it fall.  He saw the revolt in heaven and the wreckage on earth.  The Lord looked upon His own creation as it morphed into an enemy – His own enemy.

Then He did the unthinkable – He penetrated a fallen world.  The only way anything in all of creation can be reconciled to God is through Christ.  He is the Savior of the world. He became incarnate and took on human flesh.  He humbled Himself and became a fetus.  He grew inside one that He created for nine months, and then allowed Himself to be born in a smelly, dirty, stable.  God incarnate was wrapped in dirty rags and laid inside a feeding trough.  Christ entered His own creation to reconcile it back to Himself and to His Father.  God incarnate cried real tears.  God got hungry and breastfed.  He burped and spit up.  The Creator of the universe allowed His created ones to change His diaper.  He went through puberty, and cut His toenails.  God became a person.

This Christ, the Jewish carpenter, was slaughtered outside the city gates.  The incarnate Son became the incarnation of sin and corruption.  The spotless one became sin.  But by His death He brought an end to the old creation.  The fallen creation died, having made peace with its Creator - and then by His resurrection He brought forth from the womb of death a new creation – of which you are a part.

That’s not all:  This Christ created a new human race, a new creation, a new people like Himself.  This new race is His own Body, a multi-membered creature we call the Church.  The Church is not separated by race, gender, language, geography, cultural differences, denominations, or preferences.  It is bone of His bone and flesh of His flesh – and Christ is the head, authority and source of that Body.

Wait, there is more: This Christ defeated the greatest enemy that God ever faced – death, the offspring of sin.  He conquered its power, extinguished its sting, and dismantled the fear attached to it.  Christ passed through death and came out in resurrection – and He is the first to return from the dead to never taste it again…but He wasn’t the last.  This glorious Christ defeated death, the grave, the curse, and the entire world system.  He annihilated sin, Satan, and all condemnation.  He slew shame, conquered guilt, and shared His everlasting victory with you.

Father, All praise, glory and honor be to Christ, Your amazing Son.  My prayer is that my life will point this world to Him.  In Jesus’ Name, Amen. 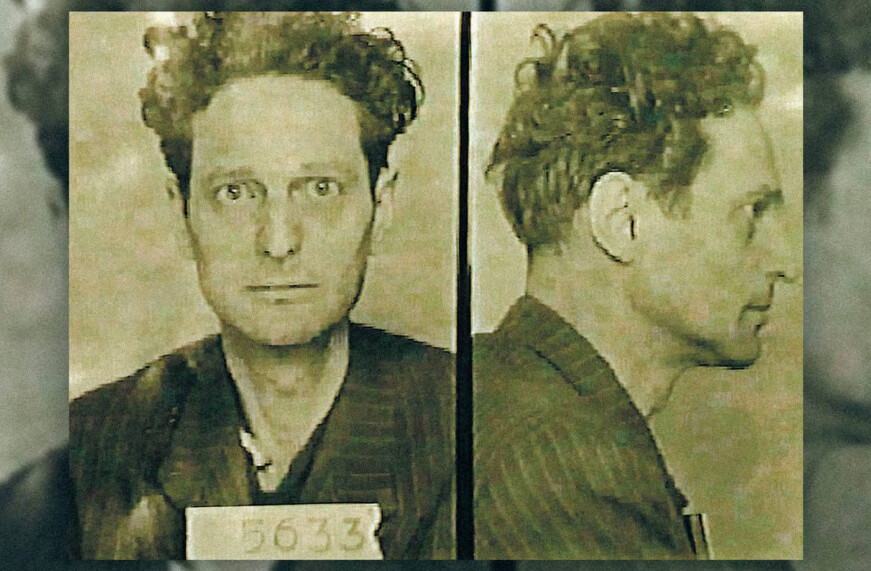 “This is love: not that we loved God, but that He loved us and sent His Son as an atoning sacrifice for our sins…We love because He first loved us.”  1 John 4:10, 19

In his book, Tortured for Christ, Richard Wurmbrand wrote: “Without fear we sang in prisons 30 feet beneath the earth.  We were terribly hungry, beaten and tortured.  The Communists were good at torturing us.  We would say to each other, ‘the Communists beat us very well—let us do our work well.  Let us sing well.’”

Wurmbrand, a man of Jewish decent, spent 14 years in Communist Romanian prisons for His faith in Christ.  He was physically tortured and placed in solitary confinement for several years because of his unwavering love for Jesus Christ.  He refused to stop spreading the Gospel, despite the cost.  He refused to stop worshiping his Lord… even in prison.

Richard Wurmbrand understood true freedom.  He knew firsthand the glorious freedom of loving God.  From behind steel bars and within the confines of chains, he was free.  Free to believe. Free to hope. Free to pray.  Free to sing. Free to die for Christ. Because God loved him, he was free to love God.

God is love; therefore, He is the initiator of all love.  Our love for God is always in response to His love for us.  And the ultimate demonstration of His love is seen in His Son, Jesus.  Whatever happens in life, if we look to the cross, we can know we are loved.  Our risen Savior, the Lord over all creation, is our invitation to love God.  And in loving Him, we are free to enjoy Him.  We are free to love Him because He is worthy… to seek His face and not only His hands.

Have you paused lately to consider the freedom you have in Christ if you believe in Him?  You are free to know and to love your Creator. The God who counts the stars and knows them by name loves you and knows the number of hairs on your head.  You are free to talk to Him and ask Him questions. You are free to worship Him, even in chains, like Richard Wurmbrand did. You can love Him wholeheartedly, because He first loved you.  What glorious freedom!

Holy Father, Thank You for loving me. Thank You for sending Jesus as the sacrifice for my sins so that I can love You, too.  Without forgiveness I could not have a relationship with You at all.  Lord, help me to be steadfast and firm in my faith.  I want others to know that You love them.  Use Me to accomplish Your plan. In Jesus’ Name, Amen.