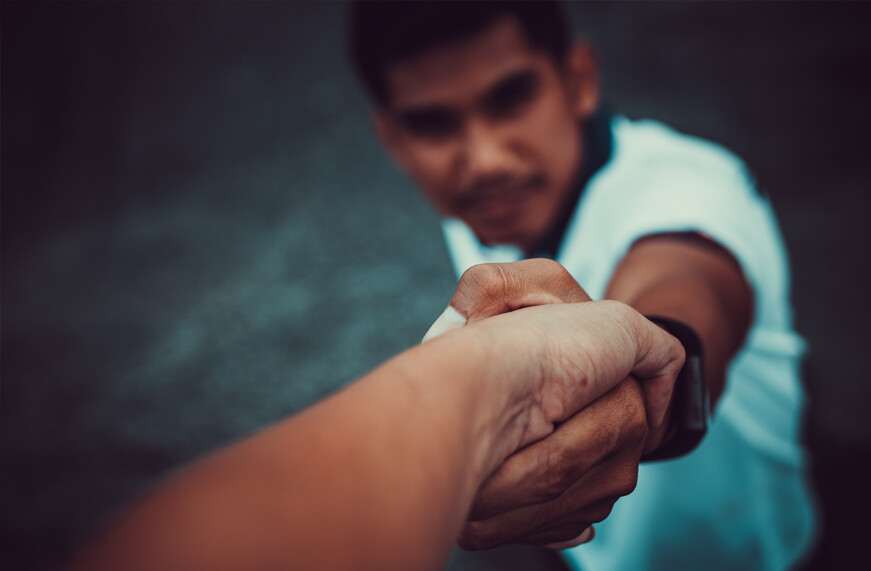 “As the body without the spirit is dead, so faith without deeds is dead.”  James 2:26

Have you ever heard the phrase; “Actions speak louder than words”?  How about, “The proof is in the pudding”?  When I was a kid, there was a familiar scene on the elementary school playground almost every day.  Inevitably someone would boast about how fast he could run or how high he could climb, and his bragging would be met with a familiar, “Oh yeah?  Prove it!”  If I could sum up James 2:14-26 into a simple phrase it would be, “Prove it.”

There is a difference in saying you believe and actually believing. The first involves only lip service, but the second requires the messy business of living out your faith in Jesus Christ.  And according to James 2:26, the two are inseparable. True faith will always be accompanied by life proof.  Deeds are the life of faith just as the spirit is the life of the body. James is not suggesting that we are saved by our deeds.  The root of salvation is always and only grace through faith (Ephesians 2:8).  Deeds, however, are the fruit… the evidence that the root, which is unseen, is indeed there.

Abraham is the example James gives in this passage (verse 23).  When he obediently offered Isaac as a sacrifice, his deed fulfilled what God had said about him. God credited Abraham’s faith as righteousness before Isaac was even born.  This proves that it wasn’t Abraham’s obedience that saved him, but it proved his salvation was real.  His faith and actions were working together.  The two are inseparable.

How can faith be proven without deeds? Even Almighty God, who is invisible, proves His existence and character by His works.  How much more so then should we, His children, do the same?  Salvation is eternal.  It is an unseen work that shifts us from the physical to the spiritual realm, moving us from death to life. On the outside we look the same, yet in reality something has drastically changed. And if you try to explain that to someone, you are likely to be met with a schoolyard, “Prove it!” And while it is not our job to prove God is real; it is our job to prove He is real in us.

Prayer: Dear God, all of the good works in the universe could not save me… I know this.  You alone deserve the credit for that; and I boast in Your work alone. Thank You for Your grace and mercy in my life. Help me today to prove this unseen faith and joy by how I live. In Jesus’ Name, Amen. 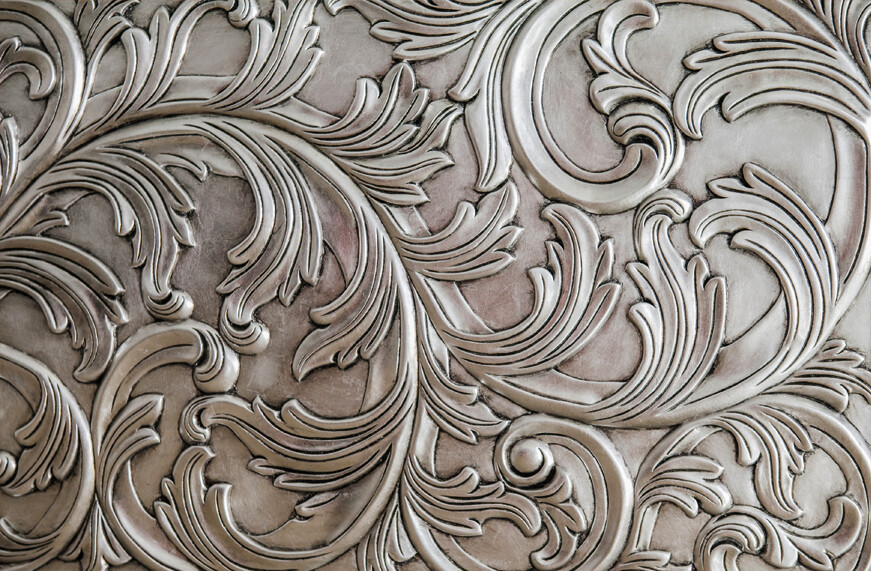 “In Christ we have redemption through His blood, the forgiveness of sins, in accordance with the riches of God’s grace that He lavished on us.”  Ephesians 1:7-8a

Have you taken the time lately to ponder the amazing truth of redemption?  Whether you have been following Christ for 30 years or 30 minutes it is equally awe-inspiring, humbling and miraculous—God has forgiven you.  And, if you have never placed your faith in Christ’s death and resurrection on your behalf… if you have never acknowledged the fact that you are a sinner and He is the only Savior, I beg you to do so now.  In Christ we have redemption!

What is redemption?  In Christian circles we use words like redemption, grace, and forgiveness so regularly that I fear they may have lost their impact.  Such words should cause us to take pause.  They should serve as a reminder of what Christ has done for us, what He is doing in us, and what lies ahead for us.  These words should help to spur us on towards holiness.

In Christ, God opened up the storehouses and poured it all out.  Our Creator—who owes us nothing—chose to lavish His grace upon us.  How can we ever get over such a mystery?  How can we grow numb to such grace?  How can we chase after anything or anyone but Him?  And yet, we do.  If we aren’t careful, we get used to His grace and begin to take it for granted.

So I ask you again: Have you taken the time lately to ponder the amazing truth of redemption?  I urge you to do so now.  Think about all that God has done and is doing for you in Christ.  Meditate on the truth that He has lavished the riches of His grace on you.  And once you have returned to that place of awe and humble adoration, don’t keep this wealth of grace to yourself… share it with someone who needs to know this magnificent Savior.

Prayer: Father, I am humbled by the truth that You have lavished Your grace on me, forgiving all of my sins.  Please forgive me for the times when I take Your kindness for granted.  Keep me ever aware of the treasure that is mine in Your Son.  In Jesus’ Name, Amen. 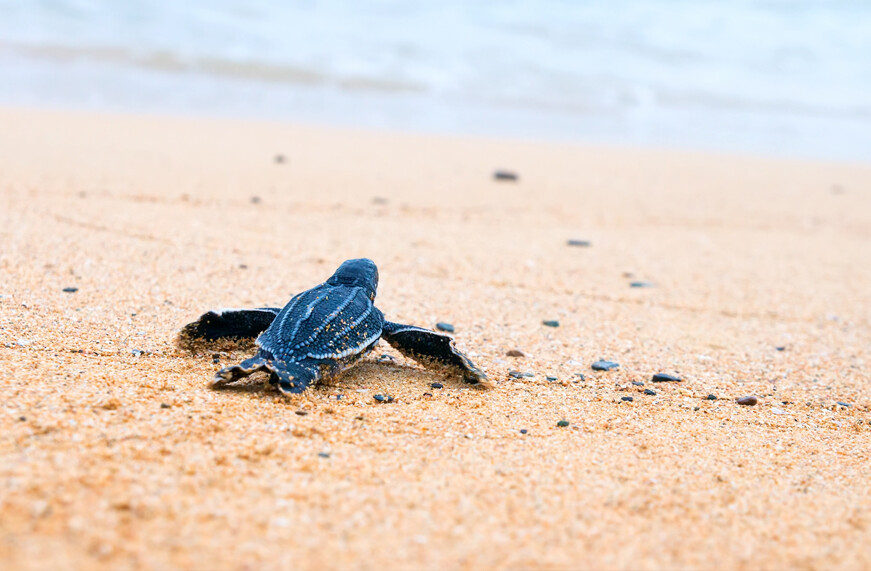 “Consider it pure joy, my brothers, whenever you face trials of many kinds, because you know that the testing of your faith develops perseverance. Perseverance must finish its work so that you may be mature and complete, not lacking anything.” James 1:2-4

Testing--“That by which something is tried and proven.” According to this passage, trials test (or prove) faith.  And faith develops perseverance, which is necessary if we are going to be spiritually mature. Most believers would likely agree with this truth.  But, what about the joy?  How many of us consider it pure joy to face trials?

Perseverance is not a characteristic that is easily developed. In fact, it cannot be developed without challenges. When we learn to persevere, however, we connect with Christ in a deep, meaningful way. Jesus suffered, and the choice to share in His sufferings for the sake of His name deepens our faith and love for Him.  This is where the joy amidst trials is rooted – not in the trial itself, but in the deep connection to Christ that trials can bring.

The roadblock to joy for many of us is a divided heart. In order to find joy in the midst of trials, Christ and His glory must be the object of our heart’s affection.  In every situation, our goal must be to know Him more and to reflect His character. Only when this is true can we have joy when our faith is being tested.

Perseverance is not easy. Just ask any long-distance runner.  It hurts to keep running when everything in you longs to stop. The motivation to continue is the reward. The same is true spiritually.  Considering it joy to face trials does not mean that we enjoy the hardship. God is not asking us to be happy to have cancer or to lose a job.  Jesus was not happy when He went to the cross… but “for the joy set before Him” He endured (Hebrews 12:2).  The joy comes because our hearts are fixed on Jesus--He is our reward.  And to be mature in Him we must learn to persevere.

So, if you are struggling to have joy when your faith is tested, examine your heart. Where do your affections lie? Take heart and persevere! The reward is worth the hardship.

Prayer: Jesus, You are my reward. Please help me to remember this when I face the trials that test my faith. I want to be found faithful, Lord.  Help me to rely on Your strength to persevere. In Your name, Amen.